Another Kind Of Madness:A Journey Through The Stigma And Hope Of Mental Illness | University of Alabama Supply Store

Another Kind Of Madness:A Journey Through The Stigma And Hope Of Mental Illness 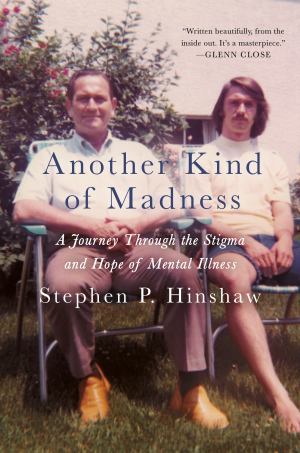 Glenn Close says:"Another Kind of Madness is one of the best books I've read about the cost of stigma and silence in a family touched by mental illness. I was profoundly moved by Stephen Hinshaw's story, written beautifully, from the inside-out. It's a masterpiece."

Families are riddled with untold secrets. But Stephen Hinshaw never imagined that a profound secret was kept under lock and key for 18 years within his family--that his father's mysterious absences, for months at a time, resulted from serious mental illness and involuntary hospitalizations. From the moment his father revealed the truth, during Hinshaw's first spring break from college, he knew his life would change forever.

Hinshaw calls this revelation his "psychological birth." After years of experiencing the ups and downs of his father's illness without knowing it existed, Hinshaw began to piece together the silent, often terrifying history of his father's life--in great contrast to his father's presence and love during periods of wellness. This exploration led to larger discoveries about the family saga, to Hinshaw's correctly diagnosing his father with bipolar disorder, and to his full-fledgedcareer as a clinical and developmental psychologist and professor.

In Another Kind of Madness, Hinshaw explores the burden of living in a family "loaded" with mental illness and debunks the stigma behind it. He explains that in today's society, mental health problems still receive utter castigation--too often resulting in the loss of fundamental rights, including the inability to vote or run for office or automatic relinquishment of child custody. Through a poignant and moving family narrative, interlaced with shocking facts about how America and the world still view mentalhealth conditions well into in the 21st century,Another Kind of Madness is a passionate call to arms regarding the importance of destigmatizing mental illness.