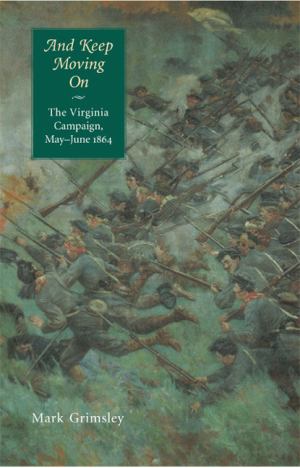 And Keep Moving On is the first book to see the Virginia campaign of spring 1864 as Ulysses S. Grant and Robert E. Lee saw it: a single, massive operation stretching hundreds of miles. The story of the campaign is also the story of the demise of two great armies. The scale of casualties and human suffering that the campaign inflicted makes it unique in U.S. history. Mark Grimsley's study, however, is not just another battle book. Grimsley places the campaign in the political context of the 1864 presidential election; appraises the motivation of soldiers; appreciates the impact of the North's sea power advantage; questions conventional interpretations; and examines the interconnections among the major battles, subsidiary offensives, and raids.